Ahhh, now i know where Michael Albert got his Parecon ideas , from watching too much Star Trek and listening too much to Captain Kirk

(c) "Money" and Ownership in the Federation.
Federation citizens possess what a 20th century capitalist would refer to as "money" only in a limited way. What corresponds most closely to "money" in the Federation is referred to as "credits". These are earned by working, the more and harder one works, the more "credits" an individual earns. One can then use these to purchase food, transportation, living space, etc. Once one spends a credit, it disappears, it is not transferable to the store or anyone else (except parents to children). It is simply deducted from one's total. To get more, one must work more. Credits cannot be traded, except for some controlled gamboling instances, and cannot be stolen. The deduction and accumulation of credits is more of a bookkeeping system than anything else. As above, production units that produce transporters, food, etc. do not trade money for inputs, but simply get what was decided upon by the participatory planning process.
Due to advances in computer technology, product distribution outlets possess technology that tracks and records individuals as they make purchases through facial recognition and other means. Citizens simply take what they need when they need it, and are told by AI systems of their credit deduction and total at the time of purchase.
Thus the common assertion by Federation citizens that people don't have money in the 23rd century is entirely understandable and accurate.
Though one can buy and own food, transportation, living space, etc. in the federation, the ownership of the means of production is not allowed. Thus farms, ships, industrial plants, etc. are collectively owned by all, and in a another sense, by no-one.
Though one might think that the facilitation boards involved in the planning process would be a likely candidate for corruption, the lack of tradable money, transparency of facilitation meetings and rules such as facilitation workers cannot handle data from their own region have made this close to impossible, with very few such instances in the entire history of the federation.
1) Since everyone has a balanced job complex, there has been a powerful incentive to eliminate rote, dangerous, and arduous work. This led to increased robotics and computer development. (2) The less planning iterations needed, the better. This has led to increased computer technology, replicators, and a massive industrial base that astounds even people today, such that only three planning iterations are needed, and everyone basically gets what they want, on average. (3) The participatory planning process has allowed federation citizens to express their desire to allocate resources to explore strange new worlds and new civilizations.

Another website describes the Federation 's economy as "Marxist" but not all that sympathetically
Posted by ajohnstone at Tuesday, June 16, 2009 2 comments:

All eyes are presently on Iran these days , or reporting the supposed conciliatory overtures of the Israeli government concerning the establishment of a Palestinian State but what of Gaza that not so long ago suffered the wrathful retribution of Israel .

Virtually all exports are blocked, which has devastated Gaza's economy, pushing unemployment to 40%. Some 80% of the population live in poverty, if aid is discounted, according to UN figures. Half Gaza's population depends on UN rations which cover only two-thirds of dietary requirements. Many families have little or no income with which to make up the shortfall.

Some basic foodstuffs and medicine are allowed into Gaza, but the UN says a whole host of other items have not been allowed in.Recently blocked items: light bulbs, candles, matches, books, musical instruments, crayons, clothing, shoes, mattresses, sheets, blankets, tea, coffee, chocolate, nuts . No petrol or diesel since Nov 2008 (except for the UN) . Half required cooking gas allowed . Virtually no building materials allowed in .

Mr Bailey of Oxfam said "it's a humanitarian crisis for the people that have no money or are living in tents because their homes were destroyed. And it's a human crisis for one and half million people who don't know where to look for hope."

the failure of the trickle down strategy 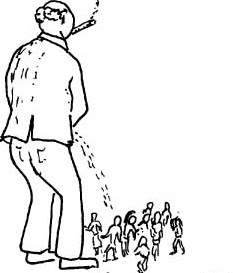 The Trotskyist website WSWS has posted an interesting article on the failure of New Labour reformism .
For the last three decades the Institute of Fiscal Studies has produced a report on the UK Gini coefficient ( The Gini coefficient can range from 0 to 1 and provides an objective measure of income inequality, which allows every country to be ranked against others and against its own past performance. A coefficient of 0 would mean income is shared equally between all individuals, whilst a coefficient of 1 would mean one person within the population has all the income and everyone else none. So a higher Gini coefficient figure indicates a higher level of inequality ).
The figure has increased from 0.25 when Thatcher came to power to now 0.36, beyond the normal bounds of inequality seen in developed countries.
The report also notes that the number of those in relative poverty, which is defined as those with an income less than 60 percent of the median, has risen over the last three years.
“Poverty for working-age adults without dependent children is now at its highest level since the start of our comparable time series in 1961,” according to the IFS report.
The IFS report concludes, “Over the past three years, average living standards have continued to stagnate, though poverty and income inequality both rose. We expect that the current recession will again lead to a change in the course of poverty inequality and average living standards. Unfortunately, the only thing we can be near-certain of is that average living standards will fall, but we cannot be sure how this pain will be shared.” - i think we can guess who .
The contrast between rich and poor is even starker when the mean or arithmetical average is considered. The mean earnings figure for 2007-08 was £487 a week. It is calculated that 65 percent of the population earn less than this sum. A small proportion of the population, 1.2 million, has earnings above £1,500 a week. The incomes of Members of Parliament range up to £1,100 a week, putting them above 91 percent of the population. Only nine percent of households in the UK have a higher income. If their expenses are included in the calculation they have a higher income than 96 percent of the UK population. If they have a working partner, their household income is in the very top income bracket.
“Ten years ago the government committed to eradicating child poverty but these figures show progress has stalled,” Hilary Fisher, director of End Child Poverty said. “In the previous two years, child poverty actually rose. Progress has been made on child poverty, but the UK is way off track on its targets. Budget 2009 invested less than a pint of milk per week per child in family incomes and did nothing to narrow the gap.”
A Joseph Rowntree Foundation Report concluded that the measures brought in by the Labour government to address inequality were stalling.The report issued in February stated that “child poverty remains amongst the highest in Europe,” despite the fact that the government had focused on this area. Health inequalities also continued to widen.
“The UK’s experience in the 1980s and 1990s showed that the strategy of hoping that growth in living standards at the top would ‘trickle down’ to those at the bottom did not work."