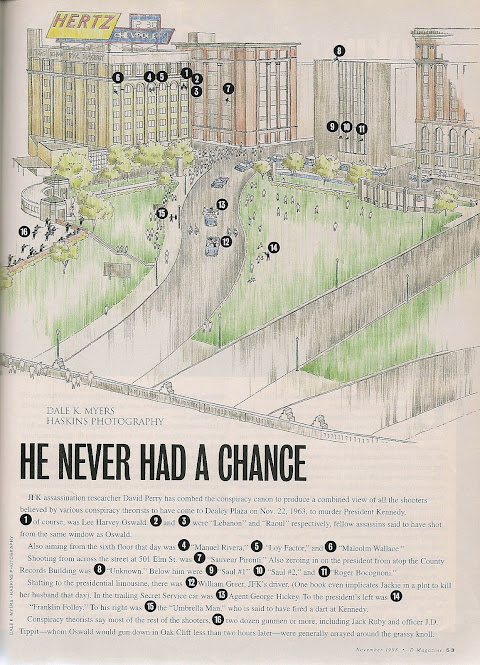 Posted by ajohnstone at Wednesday, September 06, 2017 No comments:

Hamas and the PLA

The Palestinian political leadership has for a full decade been divided by two competing factions: the Palestinian Authority which runs the West Bank and Hamas, which runs the Gaza Strip.  Their bitter power struggle has recently been brought to a head by electricity bills.

Palestinian President Mahmoud Abbas stopped paying Israel to supply Gaza with electricity. Abbas acts as the intermediary between Hamas and Israel which controls Gaza’s power lines. He also cut the salaries of thousands of Gazan employees working in his government, hoping both these punitive measures would bring Hamas to join a national unity government with the Palestinian Authority. In attempting to squeeze Hamas into submission, Abbas calculated the group would capitulate in order to avoid a humanitarian disaster.  Hamas declined to cooperate, and let the Gaza Strip to fall into darkness. Gaza’s 2 million residents were forced to get used to 20-hour blackouts and scorching summer days without air conditioning. Its already decrepit infrastructure deteriorated so severely that sewage overflowed into the sea.

Hamas came to power in 2007, ousting Abbas’s government from the West Bank along the way. Mkhaimar Abusada, a political scientist at al-Azhar University in Gaza, explained that Hamas’s ideology resonates among a generation that saw the Palestinian Authority build gleaming and internationally funded new government buildings in the West Bank — enriching many of its own officials along the way — while failing to have much impact on the ground, where Israeli settlement building continues and peace talks have been stalled for years.  Hamas has never fulfilled its promise to end Israel’s crippling blockade on the strip, but the group has trumpeted Gaza’s “steadfastness” in the face of Israel’s military efforts to eradicate it.

Hamas has defiantly used Abbas’s own party’s internal disunity against him. Hamas’s Gaza chief, Yehiya Sinwar, forged an unlikely alliance with Mohammed Dahlan, a former senior official in the Palestinian Authority, before falling out of Abbas’s favor in 2010.
“We have made mutual efforts with our brothers in Hamas to restore hope for Gaza's heroic people,” Dahlan said.

Pets offer benefits to people including companionship leading to better mental health and improved physical exercise. They also provide assistance to the blind or deaf.  The way people treat their pets is very much different from how they behave towards their fellow humans.  They are considered part of the family and bestowed with expensive treats. In fact, a pet's needs matter much more than  other people's.

The most notorious mass slaughter of dogs for food occurs once a year in China during the Yulin dog meat festival. About  10,000 dogs are killed  every year and eaten. Why are people are more upset over the dog meat festival than with the 9 billion factory farm animals die each year in the United States?

Sustainability is about meeting the requirement of the present without compromising the ability of future generations to meet their needs and all about achieving an overall balance.  60% of Americans own  a pet. The pet industry was a  $66.75 billion industry  in the United States in 2016.  There are approximately 163 million dogs and cats in the US and having  the most pet cats and dogs of any country has considerable consequences.  The pet food industry is worth  nearly $25 billion  in the United States.  Robert and Brenda Vale in their book 'Time to Eat the Dog? The Real Guide to Sustainable Living'  suggests that a medium-size dog could have a similar footprint to a large SUV.

Producing pet food requires a lot of animal protein. Typical dog foods contain at least 20 percent protein, while cat food even more. Much of this is from animal sources,  directly competing with the human food system.  The  impact on the environment through meat production is well-documented using more energy, land, water and with greater erosion, pesticide use, pollution. Dog and cat food is responsible for the release of methane and nitrous oxide, both greenhouse gases, equivalent to driving 13.6 million cars for a year or releasing 64 million tons of CO2 into the atmosphere.  Cats and dogs are responsible for  up to 30 percent of the environmental impact of meat consumption  in the United States.  Our canine and feline companions consume about 25 percent of the total calories derived from animals in the US.  If all the cats and dogs in America was a country, it would rank fifth in the world in  meat consumption.  Americans�dogs and cats consume about as many calories as the entire population of France every year, or about 19 percent as many calories as Americans themselves. Despite the fact that more than 60% of US households have pets, these furry 'consumers' are rarely included in projections of the environmental effect of dietary choices.

It痴 not just  what  we  feed our pets but  how  much.  Well over half the dogs and cats  in the US are overweight.  Many pet foods are formulated to provide nutrients in excess of current minimum recommendations are over-consumed by pets, resulting in food wastage and obesity. Pets do need good-quality food, but they don’t have to compete for the same quality of beef as their owners. Dogs would be happy with the other less-appetising cuts and can eat diets containing properly cooked grain and other plant ingredients. One genetic difference between dogs and wolves is that dogs  have an increased ability  to obtain nutrients from grains.

And, of course, let us not forget that what goes in must come out. Pets in the United States alone  produce as  much  faeces  in a year as 90 million humans.

Nor can the harm our pets inflict on nature be  over-looked.  A 2013 study found that  cats kill billions of animals  in the US each year, and represent a major threat to wildlife. In Germany alone, cats kill at least 14 million birds a year - in addition to numerous small mammals and reptiles.

In a future socialist society, vegetarian pets such as rabbits might confer similar benefits as cats and dogs do yet having less damage on the environment.  In today's world, our atomised culture that is becoming more prevalent in capitalism makes pets a substitute for human interaction and relationships. Loneliness and isolation are real social problems but as socialism fosters increased community, we can perhaps foresee less reliance on dogs as man's best friend.

As dairy farming in Europe becomes more industrialized OF cows locked away on mega-farms, one British initiative is pushing for free-range milk. Cows these days don't get to experience green meadows  as more and more large-scale European farmers chase bigger profits by investing in intensive, indoor milk production.

The move toward a system of so-called mega-farms, housing up to 2,000 cows in factory-like conditions, can be traced back to developments in dairy cow farming in the United States.


Three years ago, the market price for milk  plummeted by almost half amid massive overproduction - caused by a drop in demand from China and Russia.  Prices  dropped from something in excess of 30 pence a liter [0.33 euros per liter, or $1.44 per gallon], to 18 pence a liter. The crisis forced thousands of European dairy farmers out of business. In the United Kingdom, amid fierce competition, the number of dairy farms has dropped by two-thirds over the past decade, to around 9,500. Those that have survived are being increasingly driven by the need for greater efficiency and demands from larger supermarket chains for the lowest possible price. Increasingly industrial milk farming takes a toll on the environment, the animals - and even the milk itself, some say. This, environmental and animal welfare groups contend, contributes to pollution and ecological footprint, as well as harming cows. Some farmers say it's also decreasing the quality of the milk.
While the UK is a long way from reaching the scale of some US mega-dairies farmers continue to face severe pricing pressure, which some analysts think will push more of them towards creating larger dairies.  Traditional milk production methods in Britain are dying out much quicker that previously thought, citing figures from the Department of the Environment, Food and Rural Affairs (DEFRA).
"Research conducted by DEFRA said that only 30 percent of the farms thought they were traditional pasture-based dairy farms," said Ian Woodhurst, UK farming campaign manager at the  World Animal Protection. "There is an increase in lameness because they're on concrete and increased rates of udder infections," Woodhurst pointed out. Overcrowded indoor farms can drive some animals to aggression that affects the rest of the herd, Woodhurst added. Their usual social structure is often altered within confined spaces.
Farmers insist that intensive, indoor milk production is their only chance for the future, animal rights groups warn that cows are being pushed to their physical limits to produce the most milk possible.
As well as the risk of water and soil pollution, large-scale farms require huge amounts of animal feed. Arable crops produced for animals require substantial space, Woodhurst pointed out, citing deforestation and the use of pesticides, herbicides and fertilizers, all of which contribute to greenhouse gas emissions.
http://www.dw.com/en/humane-alternative-to-industrial-milk-farming-in-britain/a-40231135
Posted by ajohnstone at Saturday, September 02, 2017 No comments: