An introduction to world socialism

Bordering on Alaska in northwestern Canada, the Yukon is larger than Belgium, Denmark, Germany and the Netherlands combined but only 40,000 people live there. Free 65 hectares (160 acres) of land in the area is available.

Average temperatures in the Yukon have climbed by 2 degrees Celsius in the past 50 years due to climate change, said a 2016 Canadian study, more than twice as fast as the planet as a whole. Rising temperatures have seen the population of caribou - an important food source for indigenous people in Canada's northern boreal and Arctic regions - crash. But it has also opened up new areas for agriculture in some of the far north with a longer growing season.
Posted by ajohnstone at Wednesday, July 26, 2017 No comments: 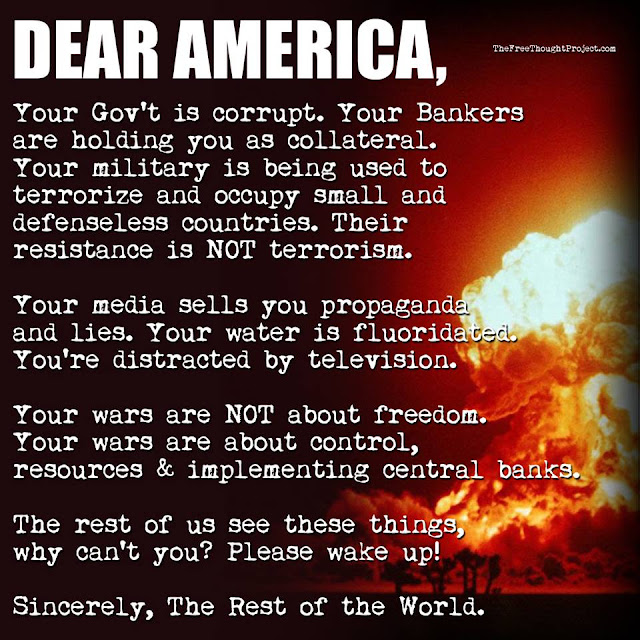 Fact of the Day

World Health Organization (WHO) said tobacco was the world's leading cause of preventable death, killing 7 million people each year.
"That's equivalent to wiping out the entire population of Bulgaria or Paraguay every year. That's not acceptable," WHO Director General Tedros Adhanom Ghebreyesus said at the report's launch in New York. Victims include 890,000 people who die annually from second-hand smoke exposure.
Posted by ajohnstone at Thursday, July 20, 2017 No comments:

No aid, no reporting

20 civilians have been killed in an air strike by the Saudi-led coalition while attempting to escape fighting in Yemen, according to the UN and witnesses. Survivors said a vehicle packed with families fleeing battles between government forces and Houthi rebels near the city of Taiz was hit on Tuesday. Officials said many of those killed were from the same family, including women and children.
The UN Refugee Agency (UNHCR) said it was “shocked and saddened” by the deaths in the Mawzaa district, where civilians had been displaced by intensified hostilities in the nearby port of Mocha.
“Nowhere in Yemen safe for civilians,” said UNHCR spokesperson Shabia Mantoo. “Each of Yemen's mainland governorates is affected by conflict and tens thousands have been killed and injured. We have been advocating incessantly for respect of international humanitarian law and protection of civilians in Yemen. More must be done.”
Saudi Arabia is using British-manufactured weapons in the offensive, sparking failed legal challenge by the Campaign Against the Arms Trade in the High Court. Judges found that the Saudi-led coalition was “not deliberately targeting civilians” and alleged massacres were under investigation, concluding that it had not been established that there was “a clear risk that the items might be used in the commission of a serious violation of international humanitarian law”.
UN officials said the coalition barred one of its flights to Yemen's Houthi-controlled capital, Sana’a. The plane was going to bring aid workers and BBC reporters from Djibouti.
Posted by ajohnstone at Thursday, July 20, 2017 No comments:

Posted by ajohnstone at Thursday, July 13, 2017 No comments: 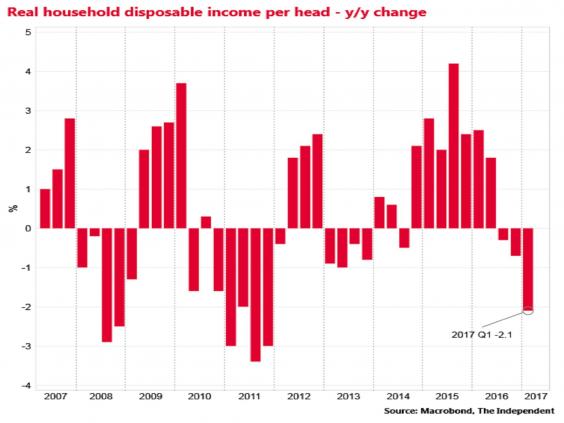 It's an area about the size of Germany: 29.3 million hectares (72.4 million acres) of cropland worldwide is mainly irrigated with what's flushed down the toilet, a study published in "Environmental Research Letters" reports.


That translates into a major health risk for all people who eat the food that grows on that farmland. As many as 885 million urban residents are being exposed to dangerous pathogens, including parastites and bacteria, according to the researchers'. Untreated wastewater might contain parasite eggs or bacteria leading to cholera, but mostly bacteria causing diarrhea. According to Drechsel, children below the age of five are the most sensitive to diarrhea, often with fatal consequences. Apart from a health risk, it is also an environmental issue. If sewage enters lake and rivers, it can contaminate waters and harm wildlife. Wastewater also contains high amounts of phosphates and other substances which fuel algae growth, taking up even more oxygen and creating a so-called "dead zone" where fish and other animals cannot live.
Irrigation with untreated wastewater is especially an issue around bigger cities without proper sewage treatment, and - according to the recent study - particularly in China, India, Pakistan, Mexico and Iran.
In Ghana, farmers around large cities mainly grow vegetables, Drechsel says.
"Vegetables are cash crops number one, especially exotic leafy vegetables." Such crops  require regular irrigation, unlike most staple foods such as grains.
Nearly a million people in urban Ghana eat vegetables produced with polluted water every day, he says.
Posted by ajohnstone at Wednesday, July 05, 2017 No comments: