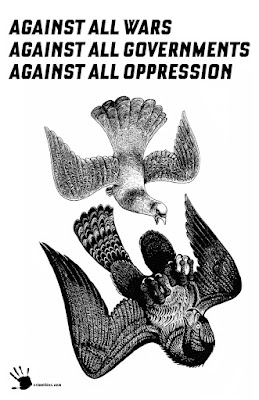 As the Russian invasion of Ukraine grows increasingly brutal, we say to our fellow workers in all lands that we have no quarrel with you. On the contrary, we appeal to workers in all other lands to refuse to slaughter one another for and at the behest of, our capitalist masters. We appeal to you to unite with us in the struggle to overthrow the system of capitalism which not only causes war but all the other social problems which our class endures throughout the world.

Putin is not acting from a belief in self-determination, but from naked Russian nationalism.  That is what is so amusing about those supporting him against the nationalists of Kyiv. Russian capitalism intends to use its power in order to implement its long-standing imperialist and expansionist aspirations. In Russia, Putin’s regime is trying to stoke Russian nationalism to divert attention from the growing workers' socio-economic problems: poverty wages and pensions, dismantling of available health care, education and other social services. In the noise of the nationalist and militant rhetoric, it is easier to complete the formation of a corporate, authoritarian state based on reactionary conservative values and repressive policies.

We will not succumb to the nationalist poison. To hell with their “nations” and their flags.

Posted by ajohnstone at Saturday, February 26, 2022 No comments: 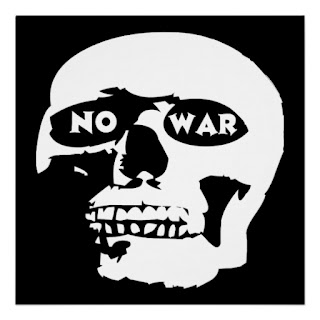 The Russians have invaded Ukraine and once more men, women and children are in the front lines of what could be a bloody conflict.

When the ruling class talk of war it is more than ever necessary for the workers in this country to remember that the workers in other countries have as little direct responsibility for their callous ruling class and bloody-minded military as we have for ours. Almost no wars in history have ever been decided on by the people who were called on to fight them.

War cuts across the basic identity of interest of the workers of the world, setting sections of them at enmity with each other in the interests of the capitalist class. Its effect is wholly evil. It depraves all the participants by forcing them to concentrate and commit misery and killing upon each other. It elevates lying, and murdering opponents into virtues, it confers honours on those who practise these means most successfully. Men and women have the vile methods of warfare imposed on them and are filled with the idea that violence and not mutual understanding is the final solution to all problems. Many of those who have been subjected to the atmosphere and atrocities of war remain addicted to violence or traumatised by it when hostilities have come to an end. War cannot be humanised. Its brutalities will cease only when capitalism, which is the cause of wars, has been brought to an end.

We condemn the system of social organisation that creates conditions in which civil wars can all happen — a system where it must always be "You or I" and rarely "You and I". Socialists point out and explain the war existing in society - the class war -  must be won before we can end the cause of wars.  Wars are not about freedom and democracy. That's just a convenient slogan. Wars are part of the more violent ongoing competition for profit and power in the world. When negotiations finally break down, the ultimate form of competition is war. The only war — if you want to call it that — for freedom and democracy that British people have been involved in was against our own ruling class. Atrocities are going on all the time in different countries, and other nations do little or nothing about them — unless they want to use them as propaganda. Governments talk about human rights and freedom when it suits them, but if you look at their actions it's just hogwash. They are completely devoted to protecting and expanding possessions and profits and power — utterly regardless of human beings. Whoever wins a war, the people always loses — on both sides.

We can fully understand the desire to stop a war and socialists are opposed to wars in all its forms. But first and foremost we are opposed to the capitalist system which gives rise to war. There are plenty of sincerely motivated people who are deeply committed to “peace". Such aims are utopian unless they are related to the historical possibility of establishing a class-free state-free society.

Understanding that capitalism causes wars, socialists urge the need for conscious political action to end capitalism and thus eradicate war. The Socialist Party has often stood alone in condemning war from a class angle. Frequently alone among all political parties in Britain, the Socialist Party has never supported one capitalist interest against another in a war. We have refused to be tricked into support for legalised killing and consistently we have argued that workers have a material interest in opposing all wars. For workers, there is but one way ahead and that will never be in the company of capitalists of any nation.

Posted by ajohnstone at Friday, February 25, 2022 No comments: