doom and gloom for the new year 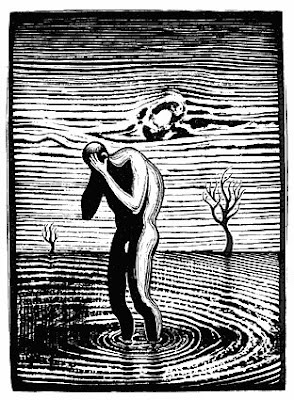 "...the growth in hunger is not occurring, as in the past, because of shortage of food – but because people cannot afford to buy it even when it is plentiful. The main reason has been that high food prices have priced the poor out of the market..."
A new FAO report shows that this year's grain crop is set to grow by 5.4 per cent to 2,241 million tons, following a 6 per cent rise last year – ahead of population growth.

So writes The Independent

One billion people will go hungry around the globe next year for the first time in human history.
Some 963 million people are now undernourished worldwide, according to the most recent survey of the crisis by the Food and Agriculture Organisation (FAO), and the UN body expects the situation to worsen with the recession. "The number will rise steadily next year," an FAO spokesman told the IoS last week. "We are looking at a billion people. That is clear." The FAO fears the tally will go on increasing for years to come.
Rich countries have failed to provide promised money to boost agriculture in the Third World; the financial crisis is starving developing countries of credit and driving their people into greater poverty, and food aid to the starving is expected to begin drying up next month. This directly contradicts an undertaking by the world's leaders at a special summit in September 2000 to "reduce by half the proportion of people who suffer from hunger" from 1990 levels by 2015, as part of an ambitious set of Millennium Development Goals.

Over the 12 months until last summer, wheat and maize prices more than doubled and rice prices more than tripled. This was due partly to the growth in biofuels which, the FAO reports, has taken over 100 million tons of cereals out of food supplies over the past year to fuel cars instead. One fill of a 4x4's tank uses enough grain to feed one poor person for a year.

And they claim capitalism and the market is an efficient method for providing for the world !!!
Posted by ajohnstone at Sunday, December 28, 2008 1 comment:

We recognise that, under capitalism, workers depend on the wage or salary they get for the sale of their labour-power and that it is in their interest to get the highest possible price for this; collective organisation and action, as via trade unions, can help obtain this. In other words, we're talking about haggling over the workers' commodity. Clearly, necessary though it is, this has no anti-capitalist content. This doesn't mean that the wages struggle isn't part of the class struggle. It is, but as an economic, defensive struggle within capitalism to get the best deal under it. Obviously, being part of the class struggle, it has the potential to develop into full class consciousness, ie a recognition of the need to get rid of capitalism and to take political action to do this. But it's not going to develop into socialist consciousness automatically without those involved hearing the case for socialism. Which of course is why the SPGB produce leaflets and pamphlets directed at trade-unionists.

Discontent over wage levels or conditions at work can be a catalyst for socialist understanding but so can many other things such as concern about the environment or war or the threat of war or bad housing or the just the general "culture" of capitalism . It can be said that history has not borne out the view that there is some sort of automatic evolution from trade union consciousness to reformist political consciousness to revolutionary socialist consciousness (as Marx and Engels and Social Democracy tended to assume). It's just not happened. In fact the opposite has: trade unions have dropped talking about the class struggle and socialism to present themselves as on a par with insurance companies, complete with trendy names such as UNITE ,or whatever , to deal with problems at work.We have never uncritically accepted trade unionism. As we said in 1912 we support only trade unionism when it is on sound lines .
Quote:
"Sound lines" mean that while fighting the daily battles the toilers must adopt a policy of "No Compromise". They must have no regard for the master’s interests or property. "Conciliation" and "Arbitration" schemes and long notices must be strenuously opposed. They have got to teach their members that the interests of workers and employers are in direct opposition. Above all, the trade unions must use all their powers to increase the solidarity of the revolting working class and show the need for the toilers acting as a class. There must be no blacklegging of one section upon another, and the grievance of one part must become the interest of all. Thus only can the unions be moulded into a body capable of assisting in the revolutionary change."

In our view trade-union action is necessary under capitalism, but is limited by being of an essentially defensive nature. To overcome this limitation the workers need to organise themselves into a socialist political party aiming solely at the capture of political power to establish socialism (i.e. the so-called maximum programme). The real difference with the SPGB and various anarchists/syndicalists is over which form of activity and organisation--political or industrial--is the more important. Our view is that it is the winning of political control which is more important and that is why we emphasise this.

The SPGB enter the present political scene on two levels. One, we can and do give a thorough analysis of the present human conditions engendered by human actions and seek to rationally workout a cause and effect towards providing achievable solutions to problems thrown up as best as humans can do for the time and the technology. This invariably leads to demands for a complete revolutionary change in society on many levels, ownership,methods of analysis, production, and human thinking, which involve both outlook and expectations. Two, we have the ability to rise above the general fracas of the bourgeois parties and the trade unions and using evidence from present human capabilities envisage and present what a different society could now function like for the benefit of all.

The WSM doesn't create recipes for the cookshops of the future but we do lay down certain preferences for what we would like to see in the class struggle menu .
Quote:
"In countries like India workers have the legal right to form trade unions. But there, too, unlike Europe and America, most of the big trade unions have been organised from above as fund-raising, vote-catching political subsidiaries of self-seeking "leaders" than as spontaneous, grass-root, independent and autonomous organisations of the working class to defend their economic interests. Moreover in the absence of factory-wide free election of trade union functionaries, there are as many unions as there are political parties, most of them operating with their hired gangsters and peculiar flags having very little regard to class-unity. Actually these trade unions are not genuine trade unions.Still workers' organised resistance against exploitation is a must; and for that matter, their resistance struggles must have to be freed from the infamy of remaining divided and subservient to various capitalist political parties. This they can achieve by organising themselves in fully integrated and independent trade unions of their own, by throwing away all kinds of blind faith and submissiveness regarding the wretched hierarchy of subscription-squeezer and flag-hoister "leaders". The working class movement is a movement of equals-organised by the workers and in the interest of the workers. No "leader", supposedly having some unknown "god"-given or "intrinsic" trick-finding qualities given is necessary to lead the working-class movement. For a "trick" cannot throw profit overboard. Simply because private property lives to levy its tribute on labour.All workers are able, rather abler than the "leaders", to understand their own class-interests only if they are fully informed of their circumstances from local to global. And to be informed of what is happening around, and what has happened earlier, what they require is to meet in regular general assemblies, discuss and debate all that matters keeping ears and minds open and decide to take such steps as deemed useful. In case a strike is to be declared, they would need a strike committee to be formed of recallable delegates elected and mandated in the general assembly-thus retaining the ultimate control in their own hands.Where there are many rival trade union shops in a single factory or workplace operated by many capitalist political parties, a socialist worker can neither keep on supporting the one he is in, nor go on seeking membership of one after another or all at the same time, nor can he open his own "socialist" trade union instead. What he can, and should, do as an immediate perspective, is to try to form a "political group" with like-minded fellow workers and campaign for a class-wide democratic unity as stated above. Whenever an opportunity arrives the group must use the assemblies as a forum for political propaganda to expose the uselessness of "leaders" and show that the trade union movement is unable to solve the problems of crises, insecurity, poverty, unemployment, hunger and wars" Manifesto of the World Socialist Party (India), March 1995.(when still part of WSM)

A position that may find a sympthetic ear from those who think the SPGB/WSM has been too accepting of the trade union status quo
Posted by ajohnstone at Sunday, December 21, 2008 No comments:

Capitalism - A fetter on progress

We have all heard it. ..without capitalism and entrepeneurs there will be no innovation .

Well , here is a report we should note

The 40 years since the "dawn of interactive computing" represent a lost opportunity which has been hijacked by commercialism. The claim was made at an event to celebrate the anniversary of the world debut of personal and interactive computing which took place in San Francisco on Dec 9 1968.

"It wasn't how are we going to sell this technology. It was about let's make the most useful thing we can possibly make," said Jeff Rulifson of the philosophy that drove the team.He told the BBC "I think what happened is technology moved so fast into commercialisation that by the 1970's, innovation just stopped. I shouldn't say that but the innovation that went on on the computer was about how fast can I produce beautiful documents and that wasn't the idea. The vision was subverted by commercialism."

Mr van Dam threw down the gauntlet to the business leaders of the hi-tech industry.
"I look forward to the reintegration of these various components so we can go back to the future and have this totality of a broad vision at our fingertips. I don't see how we 're going to get there frankly because commercial organisations are not built that way."