Posted by ajohnstone at Tuesday, November 24, 2015 No comments: 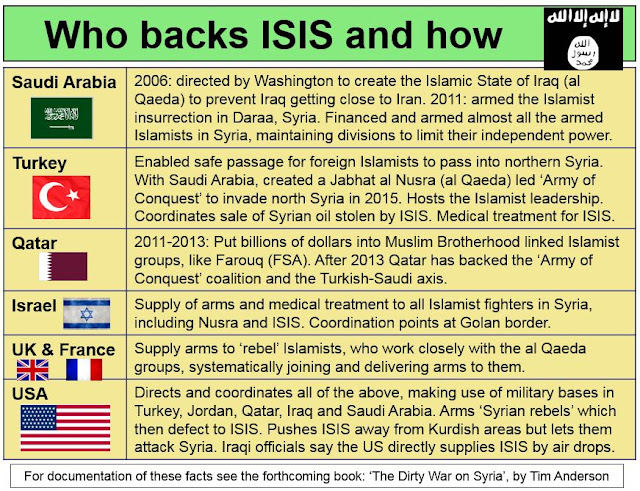 Posted by ajohnstone at Saturday, November 21, 2015 No comments:

Who hates who the most 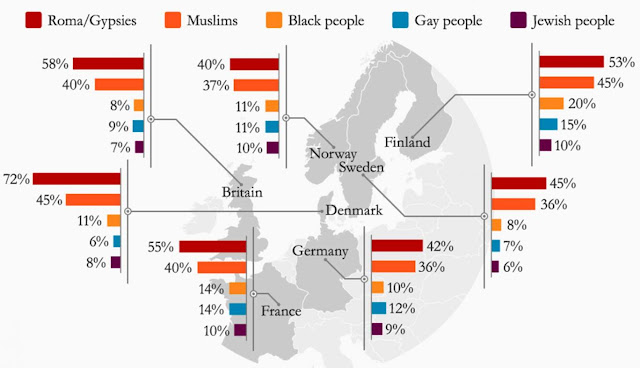 Posted by ajohnstone at Friday, November 20, 2015 No comments:

Posted by ajohnstone at Thursday, November 19, 2015 No comments:

"FOX 8 was not the time or opportunity for Boots to go on his political rant. With his statements he not only hurt our station’s credibility, but also the festival’s. I was looking to do a fun interview and it turned into something entirely different. We will not be reaching out for any interviews in the future."
On the band's Facebook page Boots says "This letter is very telling about the intended function of mainstream media outlets. I was rushing because I could see from the looks being shot around the room while I was talking that they were going to cut me off any second..."
Posted by ajohnstone at Sunday, November 15, 2015 No comments: 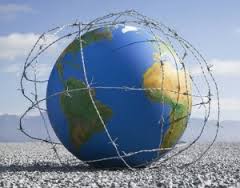 “We can’t advance and we can’t go home…For us, it’s Europe or die.” - Bamba, from the Ivory Coast

Austria: Austria is requiring refugees to take an “Austrian values” course; one of those values is apparently barbed-wire fences, which it erected to try to keep them from entering the country in the first place.

Belgium: The interior minister has suggested that refugees wear special identity badges, raising the specter of Europe's fascist past.

Bulgaria: As one of the border countries, Bulgaria has militarized its territory to try to stop refugees coming from Turkey. Recently, an Afghan man was shot and killed by border police.

Cyprus: The government has made clear it prefers “Christian” refugees, drawing a religious line in the sand; it also wants to limit refugee intake to 300.

Czech Republic: Czech police drew gasps worldwide when they started to write identification numbers on the arms of refugees.

Denmark: Known worldwide as a left-leaning social democratic state, Denmark refused to show solidarity by declining Sweden's plea to share some of the refugees it is importing.

Estonia: Estonia's only refugee center can hold about 100 refugees; far-right parties are calling for a referendum to cap the country's number of refugees, even though the government has only agreed to take in an additional 550 people.

Finland: “Finnish extremist organizations have been activated to oppose immigration, and this is the most visible and concrete security threat,” said Interior Minister Petteri Orpo of the growing backlash against the refugees.

France: French police have reportedly abused refugees, many of them living in tents in squalid conditions. French far-right leader Marine Le Pen declared, with no evidence, that 99 percent of refugees are men.

Germany: Germany has been among the most welcoming countries, choosing to accept as many as half a million refugees a year. Yet there have been beatings and even bombings committed against refugees in the past few weeks as the German far-right reacts to the influx. One German mayor who welcomed the refugees was stabbed in the neck. At least 580 attacks on asylum facilities have occurred this year.

Greece: In Greece, hooded men are hunting refugees arriving by boat. They smash the engines, leaving the refugees stranded.

Hungary: The ruling prime minister has seen his political fortunes rebound due to his anti-refugee stance; both tear gas and water cannons were used to repel refugees.

Ireland: The Irish people have rallied to support refugees, but the country has been fairly modest in the number of refugees it is taking, slating just 4,000.

Italy: Activists say Italian officials are using refugees' countries of origin to define them as economic migrants, which would give them fewer rights and make it easier for Italy to deport  them.

Latvia: Latvia agreed to take just 776 refugees, which set off protests from the far-right. “The refugees are not victims, most of them are here for money,” said one protester holding a picture of Hungary's anti-refugee prime minister.

Lithuania: Lithuania's parliament is trying to wrestle control over where refugees are settled; the country has agreed to bring in just 1,105 people.

Luxembourg: The small but rich EU country has been critical of the harsh response of other countries to refugees, but is only letting in a few dozen itself. One woman who has set up a Facebook page to welcome refugees has to constantly delete hateful comments.

Netherlands: In the Netherlands, cars belonging to left-leaning, pro-refugee lawmakers were set on fire, and other politicians received death threats. A refugee center was burned to the ground, and a renowned rabbi has called for refugee camps to be set up away from the country's Jewish neighborhoods because of anti-gay violence within the refugee centers.

Malta: Malta let in 100 refugees this year; the country is harshly punishing those who bring refugees into the country outside the quota.

Poland: Only 8 percent of Polish citizens surveyed said their country should take more than the 20,000 refugees the country is slated to accept.

Portugal: Portugal has seen protests in response to the small number of refugees it is taking in, with some citizens holding signs saying “Protesters NOT Welcome.”

Romania: Romania's president and prime minister have been quarreling as one made a pact with neighboring countries to close borders to refugees.

Slovakia: One small town in Slovakia held a vote on accepting refugees; 97 percent of the residents said no.

Slovenia: Slovenia's president doesn't want his country to become a “pocket” for refugees, and wants to step up border control to stop them from coming.

Spain: The mayor of Melilla said he “has to defend Melilla and its borders and impose order” in response to protests from the left-wing Podemos party, which is criticizing the country's stance toward refugees.

Sweden: A man donned a sword and attacked a nearby school, killing a student and teacher assistant and injuring others. Witnesses say he attacked only dark-skinned people. The attack came as many in Sweden are trying to stem the flow of refugees.

United Kingdom: UK leader David Cameron infamously referred to refugees as a “swarm.” The issue becomes contentious as the new leader of Labour takes a much more pro-refugee stance than his predecessors.
Posted by ajohnstone at Thursday, November 12, 2015 No comments:

Posted by ajohnstone at Wednesday, November 11, 2015 No comments:

A day to remember India

The Indian regiments were sent to Europe in their tropical cotton drill; winter kit, including greatcoats, did not arrive before dozens had perished from cold and frostbite. Wounded Indian soldiers being cared for in hospitals in places such as Brighton were not allowed to receive direct care from English nurses, and recuperating troops were also kept under armed guard in locked camps.

One injured “sepoy” felt sufficiently aggrieved to write a letter directly to King George V. “The Indians have given their lives for 11 rupees,” he wrote. “Any man who comes here wounded is returned thrice and four times to the trenches. Only that man goes to India who has lost an arm or a leg or an eye.”

A poem by one Sikh soldier reads: “The cannon roar like thunder, the bullets fall like rain/ And only the hurt, the maimed and blind will ever see home again.”
Posted by ajohnstone at Wednesday, November 11, 2015 No comments: 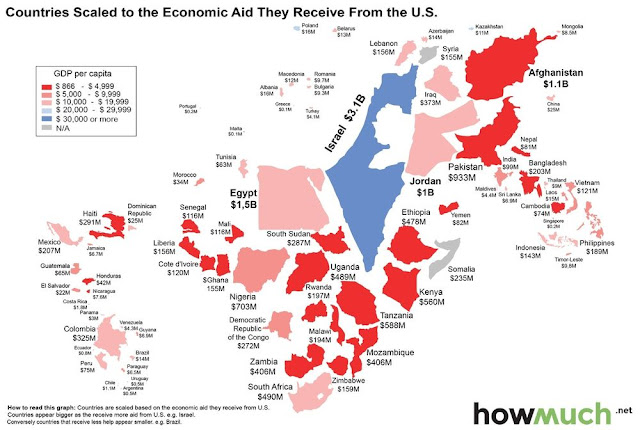 We are human beings, but where is our humanity

The United Nations special representative for international migration, Peter Sutherland, a former attorney general of Ireland, and chairman of the London School of Economics, said: “This year 700,000 people have come to Europe looking for sanctuary or jobs. Britain has pledged to take in 4,000 a year from camps near Syria, a tiny number compared with German and Swedish offers. Sutherland said Europe was more than capable of absorbing a problem which is “less than 1% of our population”.

“We have three alternatives. One, do we send them back? Two, do we leave them on the beaches or put them in insanitary camps getting bigger and bigger? Three, do we welcome them? There’s no way to dress this up. These are the questions and the moral answer is we take them in. You cannot solve this problem by building fences or moats.”

“This is not a transient issue. It challenges the moral fabric of the societies we live in. To think, to be told, that your country can in some way isolate itself from the crisis is insane. It’s completely wrong.” Sutherland added: “Are we going to allow refugees to stand in freezing rivers at our borders this winter, to live in freezing tents with their children?”

“If the national debate is all around the negatives, keeping people out, then of course it’s going to be polarised and xenophobic,” he said. “This is not me having an Anglophobic rant. Right across Europe the evidence is that migration makes a positive contribution, not a negative one. Migrants contribute far more than they take out and they are necessary to keep a balance between retirees and workers.”

If immigration has led to the rise of the far right groups - it is only through the racist tactic of blaming economic woes on them. The majority of informed opinion and study suggest otherwise. If you are unhappy about this why not condemn the far right groups as opposed to immigration itself? Building walls around Europe is the most xenophobic, impractical idea that shows a complete ignorance towards current social and economic factors (as well as historic). If you want to live in a inward looking walled off country, please do not include the rest of us in your suggested dystopia. The UK is 53rd in terms of population density, 2% overall land area taken by development and 160th in terms of birth rate. So we aren't full, and we aren't likely to be anytime soon. We are one of the richest countries in the world To suggest that we aren't capable of helping in the same magnitude today is simply wrong. To ignore it is ignorant.
Posted by ajohnstone at Saturday, November 07, 2015 No comments: