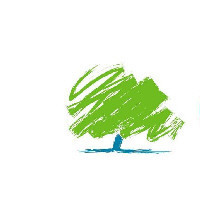 With the resources that the Conservative Party have at their disposal , i would have thought that even they would have baulked at paying London designers Perfect Day £40,000 for their new party logo which is to replace the old hand and torch emblem . A matter of more money than sense . The logo is supposed to be an oak tree to convey strength and patriotism and emphasise the Tory ' green' credentials .
Comments from Tories have been:-

"It looks like a three-year-old has been let loose with a crayon."
"Really incompetent. Really ugly. Really disappointing."
it resembled "the coin scratch on a Lottery card"
'Did David Cameron give his baby a pen?'

The SPGB still has the challenge to seek out an appropriate party logo for itself , the nearest having been what was described as the London Underground badge .

Posted by ajohnstone at Friday, September 15, 2006

I understood the old SPGB 'World for the Workers' carried a greater resemblance to the old London Buses badges.

And yes, I still want one.

I'll bow to your knowledge of Party history and factoid trivia .

Presumably this is the Conservative Party looking for the green vote. Incidentally, the proposed new abour Pary logo can be seen at: http://www.jollyroger.eclipse.co.uk/ID_no._2178.jpg

That looks good. Anyway, I have already decided on my birthday invitation cards and crafts but haven’t booked any suitable spot. I want a rustic chic themed 20th birthday bash so I need recommendations for most suitable party venues in San Francisco. I wonder if you have suggestions.