Not All Eastern Promise 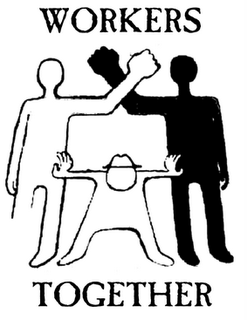 The International Labour Organisation issued a press release today and much of it confirms that the working class in Asia are not reaping any of the benefits of a growing economy . It appears that the trickle down theory of wealth creation isn't exactly working .

China labour productivity in manufacturing rose by 170 per cent between 1990 and 1999, while real wages rose by slightly less than 80 per cent

Pakistan experienced a decline in real manufacturing wages since 1990 - a drop of 8.5 per cent

India experienced a decline in real manufacturing wages since 1990 - a drop of 22 per cent in the latter. India's wage decline occurred despite an increase in manufacturing labour productivity of over 84 per cent over the same period - Deterioration in workers' livelihoods despite the increasing efficiency of their labour

The top six economies in the world in terms of annual hours worked are all Asian - Bangladesh, Hong Kong (China), Malaysia, Republic of Korea , Sri Lanka, Thailand - and a large share of people work 50 hours or more a week.- Long Hours

2.6 million to 2.9 million workers in Asia have left their homes each year to work abroad

122.3 million working children - about 64 per cent of the global total

Union membership ranges from between 3 to 8 per cent of the labour force in countries such as Bangladesh, Thailand, Malaysia and the Republic of Korea, and 16 to 19 per cent in New Zealand, Australia and Singapore.