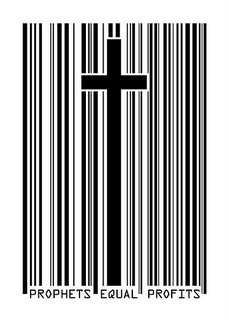 Came across this news item which led to this website that led me to read this article .

Quite illuminating upon the rise of Christianity and the power of the Vatican and the enforced celibacy of the priesthood :-

"...It began in AD 313, when the Roman emperor Constantine legalized Christianity within the Roman Empire. With his legislation, the early Church evolved from a persecuted group of small communities to become the official faith of a world power under Emperor Theodosius in AD 380.Constantine’s intentions in adopting Christianity were not entirely spiritual. His position was being challenged by political groups; he needed to display his power. Forcing other politicians to become Christians was a test of their loyalty.Constantine used the new religion as an effective tool to weed out his enemies. It strengthened his political power. Constantine also was faced with unifying the many peoples his armies had vanquished. Christianity was the key to establishing a new Roman identity in the conquered peoples. On the surface he made them Christians to save their souls, but this new religion was his final act of conquest over them.

With Christianity now the official religion of the Roman Empire, many things changed very quickly in the Church. Priests from the small communities were given special social rank among their new Roman friends. They no longer had to hide from Roman soldiers and fear for their lives. Instead, they received pay for their services as priests and enjoyed special privileges in Roman society. Bishops were given civil authority and assigned jurisdiction over the people in their area. Romans, who were members of the local ruling elite, quickly converted to Christianity as ordered by the Emperor. These were men trained in public life and skilled in city politics. They became priests and rapidly moved into positions of leadership in the Church.These Roman politicians, with their newly acquired priesthood, brought the impersonal and legalistic attitudes of government to the Church. The celebration of the Eucharist moved from small home gatherings to what we now call "mass" involving huge numbers of people in large buildings. The celebration of the Eucharist became a highly structured ritual that imitated the ceremonies of Rome’s imperial court. This Roman influence is the source of our vestments, genuflection, kneeling, and the strict formality of Mass.An institutional Church structure emerged mirroring that of the Roman government. Large buildings, church tribunal courts, rulers and subjects began to replace the family-based small communities that were served by a local married priesthood. The new Roman priests worked to shift authority away from the married priests in the small communities and consolidate political power around themselves. With the assistance of the Roman Empire, Church leadership became a hierarchy that moved away from its family origins and into the Roman mindset of a ruling class that was above the people in the street. Other changes occurred that shifted emphasis away from the people and towards the preferences of the Roman politicians. The Church adopted the Roman practice of men alone holding institutional authority. There is solid historical evidence that women served as priests and pastors prior to this time..."

Later on in the early Middle Ages :-

"...In this growing atmosphere of power and legalism, certain medieval popes abused their authority. In the year 1075, Pope Gregory VII declared that nobody could judge a pope except God. Introducing the concept of infallibility, he was the first pope to decree that Rome can never be in error. He had statues made in his likeness and placed them in churches throughout Europe. He insisted that everyone must obey the pope, and that all popes are saints by virtue of their association with St. Peter. The hierarchy viewed married priests as an obstacle to their quest for total control of the church and focused a two pronged attack against them. They used mandatory celibacy to attack and dissolve the influential priestly families throughout Europe and the Mediterranean world. At the same time they claimed ownership of the churches and the lands owned by married priests. As landowners the medieval hierarchy knew that they would gain the political power they sought in every country in Europe. An additional benefit of land ownership was money. They now had the ability to collect taxes from the faithful and charge money for indulgences and other sacramental ministry.This practice contributed to the Protestant reformation and the splintering of the Roman Catholic church community in the sixteenth century.In the eleventh century, the attacks against the married priesthood grew in intensity.

In 1074, Pope Gregory VII legislated that anyone to be ordained must first pledge celibacy. Continuing his attack against women, he publicly stated that "...the Church cannot escape from the clutches of the laity unless priests first escape the clutches of their wives". Within twenty years, things took a turn for the worse.In the year 1095, there was an escalation of brutal force against married priests and their families. Pope Urban II ordered that married priests who ignored the celibacy laws be imprisoned for the good of their souls. He had the wives and children of those married priests sold into slavery, and the money went to church coffers. The effort to consolidate church power in the medieval hierarchy and to seize the land assets the married priest families saw its victory in 1139. The legislation that effectively ended optional celibacy for priests came from the Second Lateran Council under Pope Innocent II. The true motivation for these laws was the desire to acquire land throughout Europe and strengthen the papal power base. The laws demanding mandatory celibacy for priests used the language of purity and holiness, but their true intent was to solidify control over the lower clergy and eliminate any challenge to the political objectives of the medieval hierarchy..."

whit are you picking oan Tims fur?
The Huns ur as bad

I'd rather think that the Huns going around at the time of Constantine were the real Huns , not the Bluenose Bear variety who , of course , arrived a little bit later on the scene.

Nice one Alan, and considering that the history of the church of Rome has been so harsh and violent, the crimes against humanity for whioch it has been responsible down the ages, I think that all those sanctimonious individuals should read this, and especially the semi catholic Blair, because it "might" make him a little more tolerant of Islam.

I hasten to add that I am not taking sides in the religious arguements, merely a comment from an impartial by-stander.

A cracking read. I've got it saved for useful dissemination.:-)